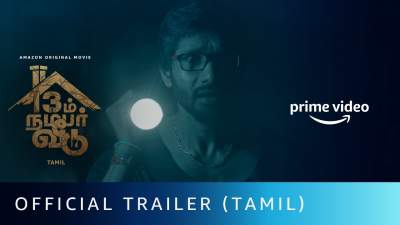 Mane Number 13, directed by Vivy Kathiresan, is about five friends who go on a spooky journey and how their curiosity makes their lives more difficult. The bilingual, also made in Tamil as 13 Aam Number Veedu, is getting released on Amazon Prime on Thursday. Bankrolled by Krishna Chaitanya, who produced films such as 6-5=2, Karva and Dia, the film features Ramana, Sanjeev, Chethan Gandharva, Aishwarya Gowda, Praveen Prem and Varsha Bollamma as lead characters.

“The subject of the movie as well as the director was referred to me by actor Ramana. I did not pick up this topic going by my previous hits and the luck I saw with the horror genre. I was confident about the content,” says the producer.

Krishna is known as one of the few producers who like to bring on board newcomers, and this is yet another film that brings in a bunch of freshers. “The big thing about Mane No. 13 is that the director has brought in a twist every 10 minutes.