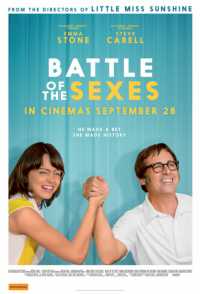 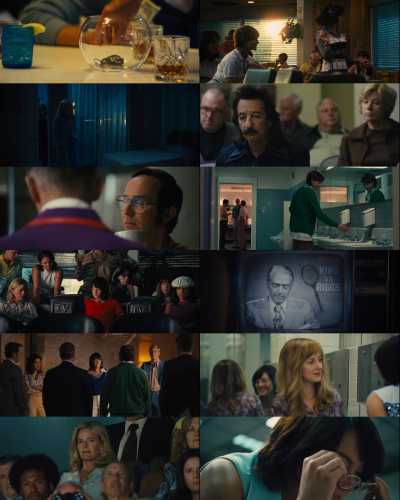 The film dramatizes the events leading up to the 1973 match between Billie Jean King (Emma Stone) and Robert Larimore Riggs (Steve Carell), and their personal lives. King and Gladys Heldman (Sarah Silverman) confront Jack Kramer (Bill Pullman) who has announced a tennis tournament where the top prize for women is one-eighth of the men’s prize, despite equal ticket sales. King and Heldman threaten to start their own tour but Kramer won’t alter the terms, citing the inferiority of women’s tennis. He later expels the women who join the new tour from the Lawn Tennis Association. The womens’ tour struggles until Heldman wins a lucrative sponsorship from Virginia Slims cigarettes. Billie Jean begins an affair with Marilyn Barnett (Andrea Riseborough), her hairdresser, threatening her marriage to Larry King (Austin Stowell).