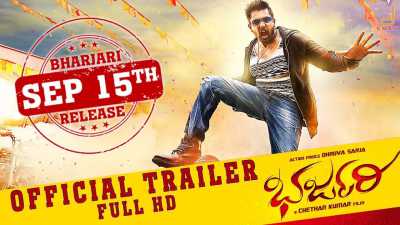 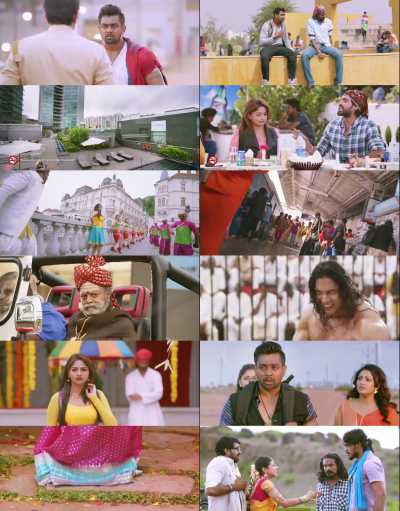 Bharjari was announced in April 2015 with Chethan Kumar directing it and writing its screenplay, and produced by R. Srinivas and Sreekanth K. P. under the production house RS Productions. Dhruva Sarja and was signed to play the male lead in the film. Sooraj S is signing to play antagonist role. Sarja had previously collaborated with the team in Bahaddur (2014). Rachita Ram’s signing to play the female lead and supporting role by Tara Anuradha was confirmed in the same month. Sudharani also joined the cast to play an important supporting role. The muhurat shot was taken on 12 June and filming began on 25 June 2015. Prior to it, in line with promoting the film, a first look teaser was released by the makers on YouTube in the form typography on 11 June. Calling it a ‘look test’, the director said it was a first in Kannada cinema.