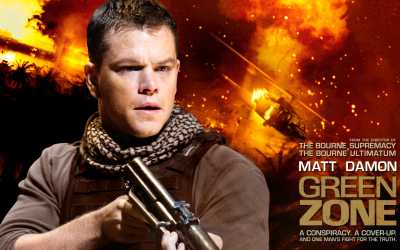 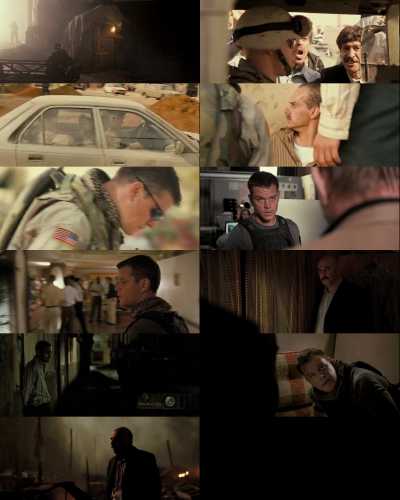 On March 19, 2003, Iraqi General Mohammed Al-Rawi (Yigal Naor) flees his residence amid the bombardment of Baghdad. Before leaving the compound, he passes a notebook to his aide Seyyed, instructing him to warn his officers to get to their safehouses and wait for his signal. Four weeks later, U.S. Army Chief Warrant Officer Roy Miller (Matt Damon) and his platoon check a warehouse for Iraqi weapons of mass destruction. To Miller’s surprise, the warehouse has not been secured, with looters making their way in and out, as soldiers from the 101st Airborne Division are too few to do much. After a firefight with a sniper, Miller finds that the warehouse is empty, the third consecutive time he has found nothing. Later, at a debriefing, Miller brings up the point that the majority of the intel given to him is inaccurate and anonymous. High-ranking officials quickly dismiss his concerns. Afterward, CIA agent Martin Brown (Brendan Gleeson) tells him that the next place he is to search was inspected by a UN team two months before and that it too has been confirmed empty.