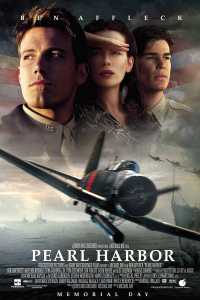 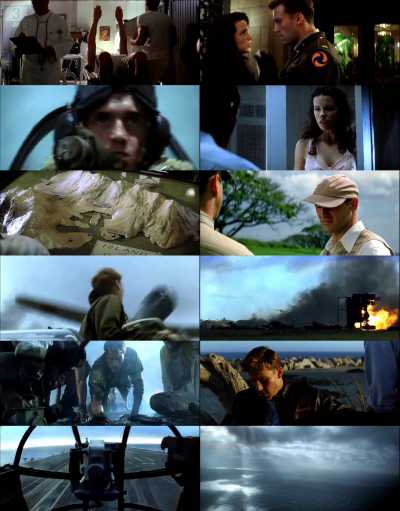 In 1923 Tennessee, two headstrong young boys, Rafe McCawley and Danny Walker, play together in the back of an old biplane, pretending to be soldiers fighting the Germans in World War I. After Rafe’s father lands his biplane and leaves, Rafe and Danny climb into the plane. Rafe accidentally starts it, but manages to stop the plane at the end of the runway. Enraged, Danny’s father beats his son. Rafe stands up to him, calling him a “dirty German”. However, Danny’s father reveals that he fought the Germans in World War I. Eighteen years later, in January 1941, with World War II raging, Danny and Rafe are both first lieutenants under the command of Major Jimmy Doolittle. Doolittle informs Rafe that he has been accepted into the Eagle Squadron (a RAF outfit for American pilots during the Battle of Britain). A nurse named Evelyn meets Rafe, who passes his medical exam despite his dyslexia. That night, Rafe and Evelyn enjoy an evening of dancing at a nightclub and later a jaunt in New York harbor in a borrowed police boat. Rafe shocks Evelyn by saying that he has joined the Eagle Squadron and is leaving the next day.