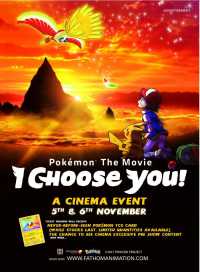 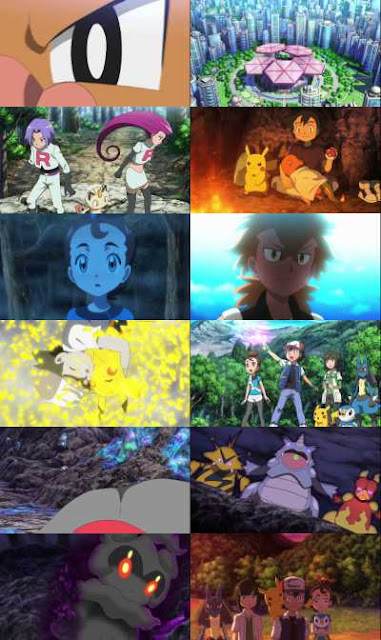 Ash Ketchum wakes up late one morning after having broken his alarm clock in his sleep. He eventually makes it to Professor Oak’s lab, but is told that the three starter Pokémon (Bulbasaur, Squirtle and Charmander) have already been taken by Trainers who were on time. However, Oak reveals that he has one more Pokémon, an Electric-type named Pikachu. Despite its volatile and feisty personality, as well as its refusal to get inside a Poké Ball, Ash happily takes Pikachu for his journey. Outside of Pallet Town, Ash encounters a Pidgey. When Pikachu refuses to fight it, Ash tosses a rock at it, but it hits a Spearow that mistakes Pikachu as the culprit. Soon, more Spearow show up forcing Ash and Pikachu to run. Injured and tired, Ash tells Pikachu to get inside its Ball, but it once again refuses. Instead, Pikachu defends Ash from the Spearow by summoning a large Thunderbolt that scares them away. As the storm ceases, a Ho-Oh flies above and drops a feather called a Rainbow Wing. Ash and Pikachu decide to go and find the Legendary Pokémon.