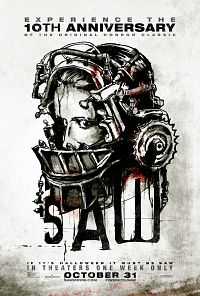 As the two men realize they’ve been trapped by a sadistic serial killer nicknamed “Jigsaw” and must complete his perverse puzzle to live, flashbacks relate the fates of his previous victims.