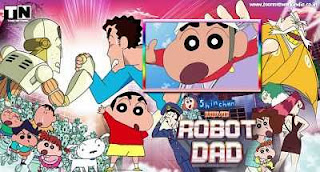 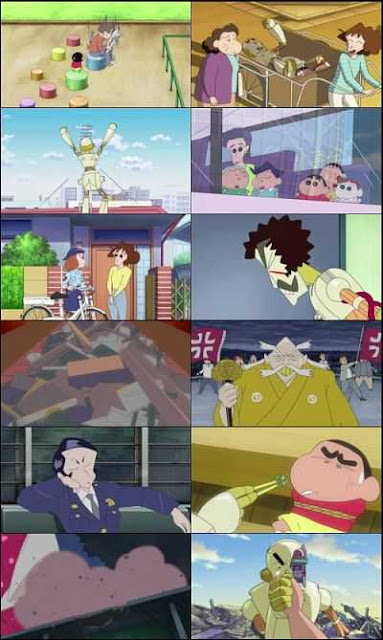 Crayon Shin-chan: Serious Battle! Robot Dad Strikes Back Kureyon Shin-chan: Gachinko! Gyakushu no Robo To-chan?) is an 2014 Japanese anime film produced by Shogakukan. It is the 22nd film of the popular comedy manga and anime series Crayon Shin-chan, released in Japanese theatres on 19 April 2014. It is directed by Wataru Takahashi and the script is written by Kazuki Nakashima of Kill la Kill. The story of the movie was published in comic form in the October issue of Manga Town, with script written by Nakashima and art by Aiba Kenta. This movie was also released in India on 24 October 2015 as Shin Chan Movie: Robot Dad on Hungama TV.