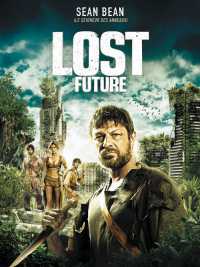 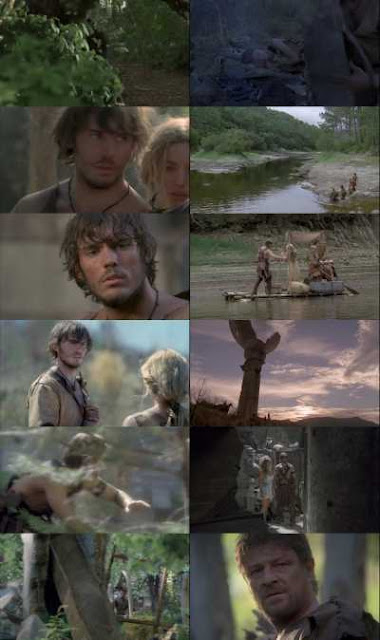 In post-apocalyptic Columbia, a group of survivors are organised as a tribe, a primitive society without technology. They form a small village in the Grey Rock National Park surrounded by beasts that transmit a disease that transforms the victims into mutants. The tribal leader is Uri, whose son Savan is the best hunter of the tribe and his father’s successor. Kaleb is the best tracker. Kaleb and his sister Miru (Eleanor Tomlinson) are the only literate survivors. Their father Jaret believes other survivors might exist outside the park and encourages them to investigate this. Kaleb, a dreamer, is secretly in love with Savan’s woman, Dorel. When the beasts attack Uri’s hamlet, a group runs to a cave and blocks the entrance with logs. Kaleb saves Dorel from a beast, at which point they become romantically involved while Savan looks on. Out of the blue, the stranger Amal approaches the trio and invites them to join his family, composed of his wife Neenah and their son Persk, who live in the outskirts of Grey Rock protected by a river. Soon Amal discloses to them that Jaret had found the formula of a yellow powder that cures the sick people. However, the ruthless Gagen had stolen the yellow powder and kept it with him. Amal, Savan, Kaleb and Dorel travel together to find Gagen and bring the yellow powder to their tribe. However, Amal is later wounded and the other three continue on their quest to find the yellow powder and return it rightfully to their village. During this perilous attempt, Savan is killed by an enraged Gagen, who is later killed by Kaleb.