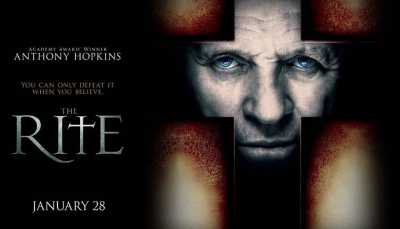 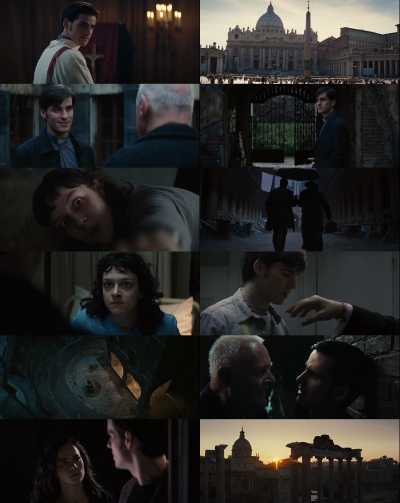 Michael Kovak (Colin O’Donoghue) is the son of a successful funeral home owner and businessman, Istvan (Rutger Hauer). Disillusioned with his past job as a mortician, Michael decides to enter a seminary school and renounce his vows upon completion, thereby getting a free college degree. Four years have passed, and Michael is being ordained to the rank of deacon at the seminary. After his ordination, he writes a letter of resignation to his superior, Father Matthew, citing a lack of faith. Father Matthew (Toby Jones), apparently wanting to talk to Michael, attempts to catch up to him on the street. He trips as he steps over a curb, causing a cyclist to swerve into the path of an oncoming van. The young cyclist, Sandra (Marija Karan), is critically injured. Seeing Michael’s clerical garb, she asks him for absolution before her last breath. Initially hesitant, Michael is unable to refuse, comforting her and performing a blessing ritual to absolve her of her sins. Seeing how calmly Michael handled the situation, Father Matthew tells Michael that he is called to be a priest despite his resignation. He also tells Michael that with the rise in demonic possessions every year, the Church needs more exorcists and says that he has the potential to become one. Father Matthew decides to send him to the Vatican in Rome, so he can attend an exorcism class taught by his friend Father Xavier (Ciarán Hinds). Michael finally accepts after Father Matthew tells him that the Church might convert his scholarship into a student loan that would cost $100,000 if his immediate resignation stood. If Michael attends the exorcism class and still wants to resign afterwards, then they will discuss matters (hinting that he may be free to leave).