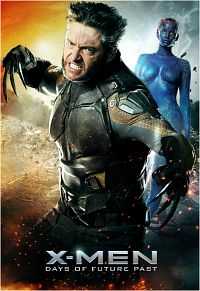 No skyscrapers blow up, no cities are leveled, and while the White House and a football stadium suffer some serious structural damage, the wholesale destruction of human civilization is kept to a refreshing minimum in “X-Men: Days of Future Past” — just one of several respects in which this strikingly ambitious yet intimately scaled entertainment distinguishes itself from so much of its comicbook-movie kind. Back at the helm of the Fox/Marvel franchise he successfully launched 14 years ago,

director Bryan Singer stages a stealth reboot by introducing a playful time-travel element to the ongoing saga, bringing two generations of mutantkind together in a story that toggles cleverly (if not always 100% coherently) between the political tumult of 1973 and a not-so-distant dystopian future. Singer’s scandalous recent headlines are unlikely to impact the commercial fortunes of this keenly anticipated tentpole attraction, whose B.O. haul stands to rival and perhaps exceed that of the series’ top earner to date, “X-Men: The Last Stand.